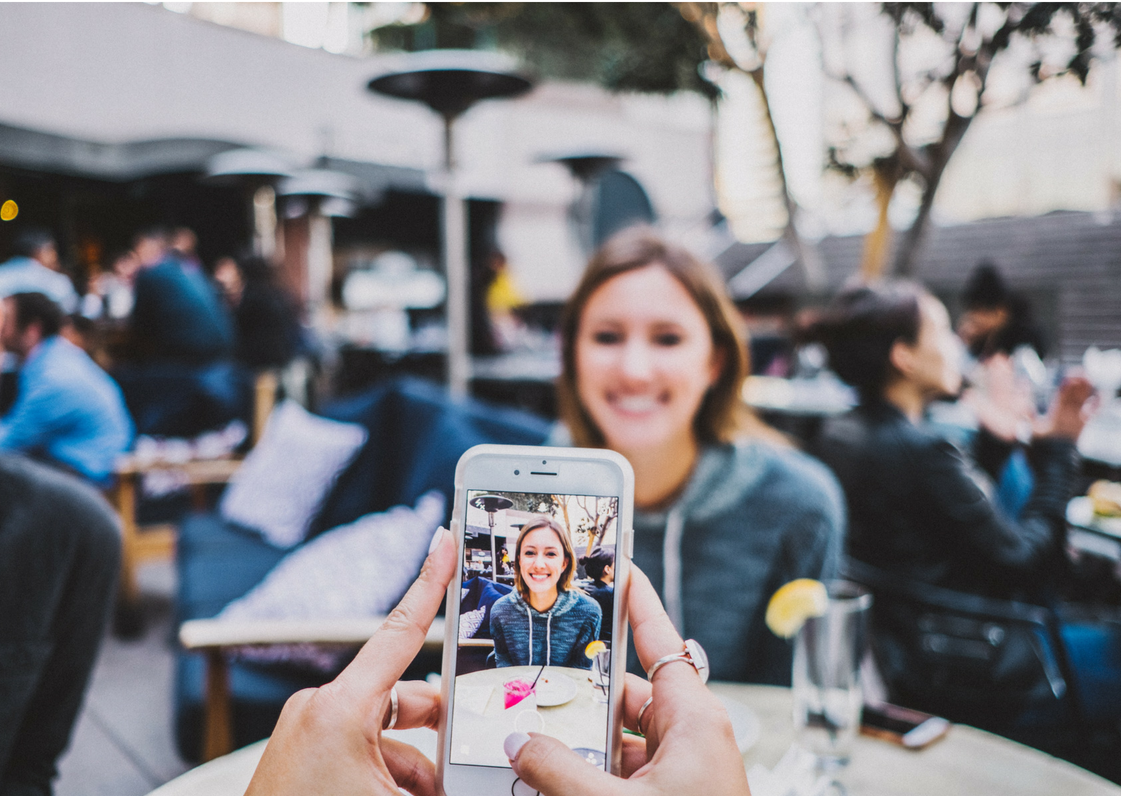 There isn’t a ton written about dating specifically in the Bible. There are plenty of reasons for that. The biggest one is probably because when the Bible was written dating wasn’t a thing. It is ok though, just because dating is never specifically mentioned doesn’t mean that there isn’t plenty in there about it. After all, God has given us everything that we need for life and godliness.

In The World, Not Of The World

When it comes to dating, John 17 comes to mind. This is where Jesus calls us to be in the world and not of the world.

There is a ton that jumps out at me from this passage, but for the sake of this post I will limit it to five items.

We are called to be in the world so we can share the goodness or our Savior with those who need him. A Christian doesn’t do this by being like everyone else. We do this by living for something bigger and so much better than ourselves – our Good King! This applies to every area of our lives.

Find ” the One” or You Have The One

The world is saying that you need to fine “the one”. This is that special someone who will make your life complete. Once you find “the one” everything else will fall into place and life will be perfect. This is simply not true.

Scripture says that you already have The One in Christ. In the garden before the fall Adam was alone with God (Genesis 2:18). Of course, it wasn’t Adam who realized this, it was God. Adam had all that he needed in God. Adam was alone but he was not lonely. Colossians 2:9-10 says:

For in Him the whole fullness of deity dwells bodily, and you have been filled in him, who is the head of all rule and authority.

Value in Relationship or Value in Christ

So many people who are dating will try and find value in who they are based on the person they are (or are not) with at the time.

You can tell the value of something based on what someone is willing to give up for it. That means that humans are the most valuable thing on earth today. The reason for that is because the Creator of the universe stepped into time and died for your sins and mine. The most precious commodity to ever be on the earth was the blood of Christ, and He gave that up for you. You are already worth more than anything on this earth outside of Jesus. You have value beyond compare. The King of kings shed his blood for you! You are so valuable.

Knowing that you were ransomed from the futile ways inherited from your forefathers, not with perishable things such as silver or gold, but with the precious blood of Christ, like that of a lamb without blemish or spot. – 1 Peter 1:18-19

You were ransomed by the precious blood of Christ. Don’t go looking for value in a boyfriend or girlfriend.

Because you are so valuable (and this is extremely important) if your boyfriend or girlfriend is not treating you as such – get out of the relationship. Don’t be treated like garbage when you are treasure. Husbands and wives who are reading this – start valuing your spouse the way that Jesus does – those who are dating are watching.

Play Games or Be Intentional

Words have lost their meaning. People say things all of the time that they really don’t mean. There are so many people out there dating right now who are telling everyone around them how much they love them so they can get into bed with them. Do they really love these people or do they love sex so much that they are willing to lie about their true feelings? People lead other people on and play with their hearts because they like feeling like they are special or wanted. Flirting can be good, playing games is always bad.

Let what you say be simply ‘Yes’ or ‘No’, anything more than this comes from evil. – Matthew 5:37

When living the dating life, it is good to be intentional. We need more men to step up and ask a girl on a date. We need people to be honest with each other about their feelings. Our words and actions need to be honorable and full of truth.

Sex is Good or Intimacy is Awesome

It is impossible to talk about dating without talking about sex. First off, sex is awesome. It is awesome because it was created by our Awesome God as a gift for us to enjoy. Much like every desire that God has given us, he has provided a way for those desires to be met in a way that is honoring and pleasing to Him. Because of sin, we have perverted every good and perfect gift that God has given us, including sex.

The world is telling us that we should go around and sleep with whoever we feel like it. It is normal for people to sleep around. It is expected. The Christian though lives contrary to the world and holds out the truth of the Gospel in every area of their life. This includes their sex life. God is not trying to keep you from something. He is trying to save you to something better.

But he who is joined to the Lord becomes one spirit with him. Flee from sexual immorality. Every other sin a person commits is outside the body, but the sexually immoral person sins against his own body. Or do you not know that your body is a temple of the Holy Spirit within you, whom you have from God? You are not your own, for you were bought with a price. So glorify God in your body. – 1 Corinthians 6:17-20

There is a difference between sex and intimacy. Sex while dating seems to be good at first but always leads to pain, hurt, frustration, and regret in the life of the believer. Intimacy is different. It involves sex and so much more. It is impossible to truly be intimate with someone that is not your spouse. The reason for that is because with intimacy there is no shame, guilt, or regret. You are able to flourish with your spouse and fulfill the desires that God has given you. There is only one person on this earth that a Christian is morally allowed to fulfill their sexual desires with – their spouse. It is tough to wait for that, but everything that is truly special is worth it.

You are not of this world, you were made for so much more.

Worship Is As Worship Does

Disciple Me: The Nuts And Bolts

Disciple Me: Choosing Someone